Corfu town is one of the most charming and romantic places of the whole Greece.
It is a perfect example of ancient Venetian and Byzantine art that will be able to fascinate you with its little streets and panoramic points.
Surrounded by the sea, the town of Corfu is closed between the two ancient fortresses.

The town of Corfu is located in a strategic position at the entrance of the Adriatic Sea, and has its roots in the 8th century BC. The three forts of the town, designed by renowned Venetian engineers, were used for four centuries to defend the maritime trading interests of the Republic of Venice against the Ottoman Empire. In the course of time, the forts were repaired and partly rebuilt several times, more recently under British rule in the 19th century. The mainly neoclassical housing stock of the Old Town is partly from the Venetian period, partly of later construction, notably the 19th century. As a fortified Mediterranean port, Corfu’s urban and port ensemble is notable for its high level of integrity and authenticity.
It will be an unforgettable experience to spend hours and hours just walking up and down along thousands of small paved streets, looking around to discover the old town secrets and buying some presents to bring back home. Buy traditional products in ancient cellars, surrounded by stone staircases, old Venetian walls and hidden gardens.
Every single building, every single street will appear like an open museum, but the joie de vivre of the local people will remember you that the old town is also full of life and full of surprises.

In the beautifully preserved Old Town of Corfu, a UNESCO world heritage site, Renaissance, Baroque and Classical “repertoire” came to be successfully applied to local artistic traditions. Palaces, fortresses, austere public buildings of the Venetian rule uniquely blend with lines of drying washing in tiny alleyways and small secluded squares. Strolling through a complex of narrow cobbled streets with stairways and vaulted passages, the so-called “kantoúnia”, will make you feel as if you’ve travelled to Venice or Genoa.

A romantic walk from the old fortress all the way along the coastal pavement, around Garitsa bay, will lead you to the far end of the bay, where an Windmill (Anemomylos as is called in Greek) is decorating this part of the town. Enjoy a coffee or a drink at the little caffe in the windmill watching the moored boats and the luxury yachts all around the bay.

Just 1.5 km up the hill, at the back of the Windmill, “rest” the traces of the ancient city of Corfu (8th cent. BC) is the green estate of Mon Repos, which spreads over 258 acres of lush vegetation and beautiful gardens, which adorn scattered fragments of ancient memory.
In the estate of Mon Repos, which occupies most of the hill of Analipsis (the Ascension), built his summer mansion in 1831, the British High Commissioner of the Ionian Islands Frederic Adam for the sake of his beloved wife Corfiot Nina Palatianou in plans English architect Gouaitmor (Whitmore).
In 1864, after the Union of the Ionian Islands with Greece, the city of Corfu gave the palace and gardens in the dynasty of George I in order to use it as a summer residence. King George I was also the one who gave him so graphically the name Mon Repos (My Rest).
Just on 1991 the Justice ruled that the Mon Repos belongs to the people of Corfu. In this decision helped a lot and the ruins of ancient temples, the best preserved, which according to the archaeological evidence is believed to belong to Apollo, the oldest and largest, as also the scant evidence of Akraia Ira, like the other signs left by the time, since in this area was the extended Paleopolis, part of the ancient city of Corfu. It is worth noting that until 1991 the access to property for guests was impossible.
Sightseeing:

Corfu’s pedestrian-only old town is a warren of crumbling Venetian-style buildings, Italianate churches, chic boutiques and rustic tavernas. Locals gather on the Spianada, a vast green space where they play cricket, and the Liston, a 19th-century arcade sheltering a string of cafes. Guarding the town and accessed from the Spianada, the Old Fortress juts out into the sea, while the New Fortress commands a hilltop position behind the old town.

Church of Saint Spyridon and Domo (the Catholic Church)

The Mouse island (just outside the town)

Until recently Corfu was the only place in Greece played Cricket, which was left on the island after British withdraw. Usually, on an early Sunday afternoon, a game is played in the Cricket ground, just infront of Liston Caffe and it is worthied watching it while you are enjoying your coffee. 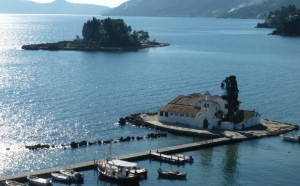 Corfu town is offering a large variety of sarisfaction for all ages and budgets. 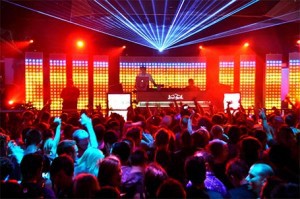 Corfu (Kérkyra), unlike the rest of Greece, never fell under the Ottoman oppression. Due to the successive dominations of the Venetians, the French and the British over the centuries. Their culture wielded strong influence in the city: it was here that the first Greek University (the Ionian Academy), the first Philharmonic Orchestra and the First School of Fine Arts were founded. At the historic building of the Ionian Bank was housed the local currency cutter, as Ionian bank was the first one aloud to cut Greek bank notes. 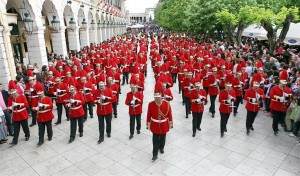 Unfortunately there are no hotels at this location at the moment.

Arseniou Str, Mouragia, Corfu
Price per night from € 99
Mouragia House is a recently renovated apartment and it is located in the UNESCO protected neighbour More info
Book now

Unfortunately there are no tour offers at this location at the moment.